The cave shrines located on the mountain slopes have only partially been preserved. However, the sanctuary is still intact. It is composed of an entry hall, a dormitory, a refectory and an assembly hall. The walls of the assembly hall are decorated with murals that were originally painted in the 15th- and 15th-century Guge style: depicted Green Tara, White Tara, Shahasrabhuja Lokesvara, and Amitabha on the west wall; depicted Maitreya, Buddha Shakyamuni and Manjushri on the north wall; and depicting Khedrub Je, Bhaushaya Guri and Amitayus on the east wall. 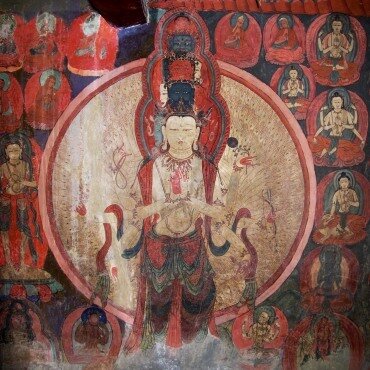 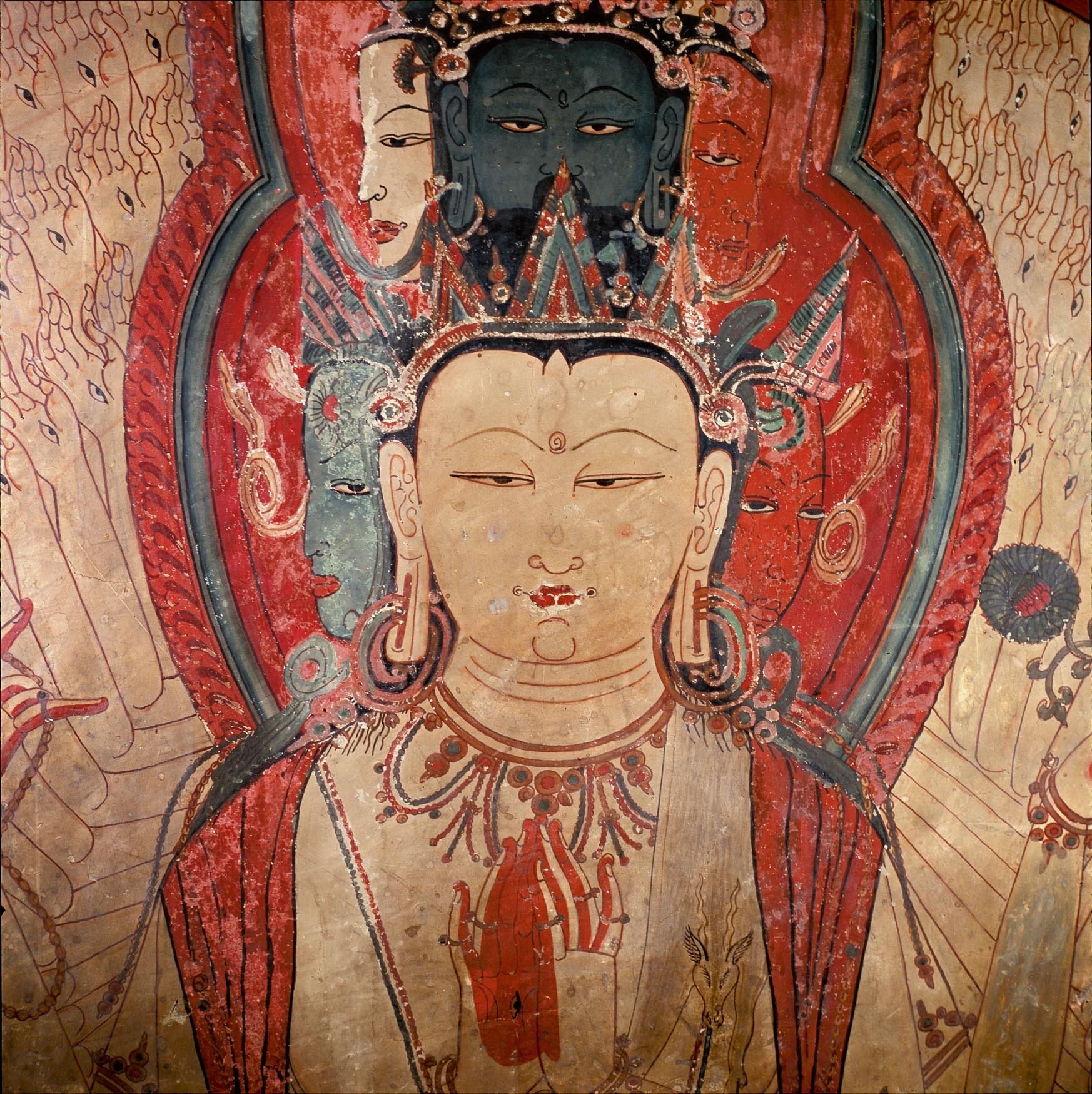 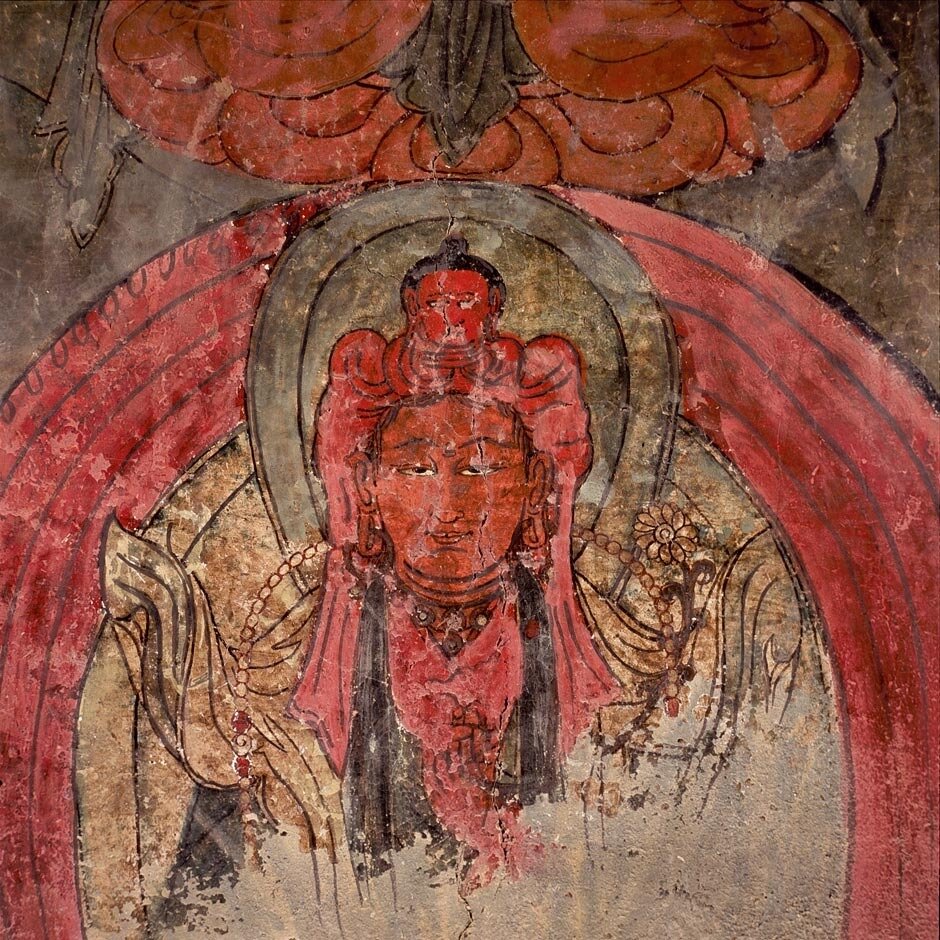