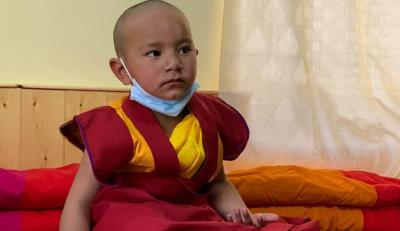 The reincarnation of Geshe Sonam Wangdui, Tanzin Yondan, was found by His Holiness the Dalai Lama.

Tanzin Yondan was born in Spiti valley’s Losar village on 20 September 2016. His father is Lhozang Dhondup and his mother is Anita Thakur.

On 21 September 2021, Tanzin Yondan received the initiation into religious life at Tabo Monastery. For now, he will stay in Tabo Monastery, and it is planned that he will receive further education at Gaden Jangtse Monastic College in southern India.