The Main Temple (Tib.: gTsug la khang) is entered through the entry hall (Tib.: sGo khang). Once one has traversed this, one enters the assembly hall (Tib.: ‘Du khang), which again has an attached room with a shrine area and ambulatory path to follow.

The entry hall has walls on which are found the oldest murals in Tabo, depicting the early history of the Indo-Tibetan exchange and culture. There is also a large Wheel of Life on the eastern wall. In the transition section, where one goes from the entry hall into the assembly hall, the walls are covered in murals showing the protective deities Achala and Hayagriva, and above the entrance to the assembly hall there is a painting of the protectress of Tabo and her entourage of eight goddesses, as well as further paintings.

The assembly hall presents the Vajradhatu mandala, with the main deity Vairocana seated on a single lotus throne. The walls are covered in beautiful detailed murals and house, as part of the mandala, 32 clay sculptures representing the families and realms of Akshobhya, Ratnasambhava, Amithaba and Amogasiddhi, with Vairocana being at the centre.

The walls along the passageway to the shrine area and the ambulatory path are also covered with detailed paintings and further sculptures. This area also includes the famous renovation inscription dating back to 1042 A.D. 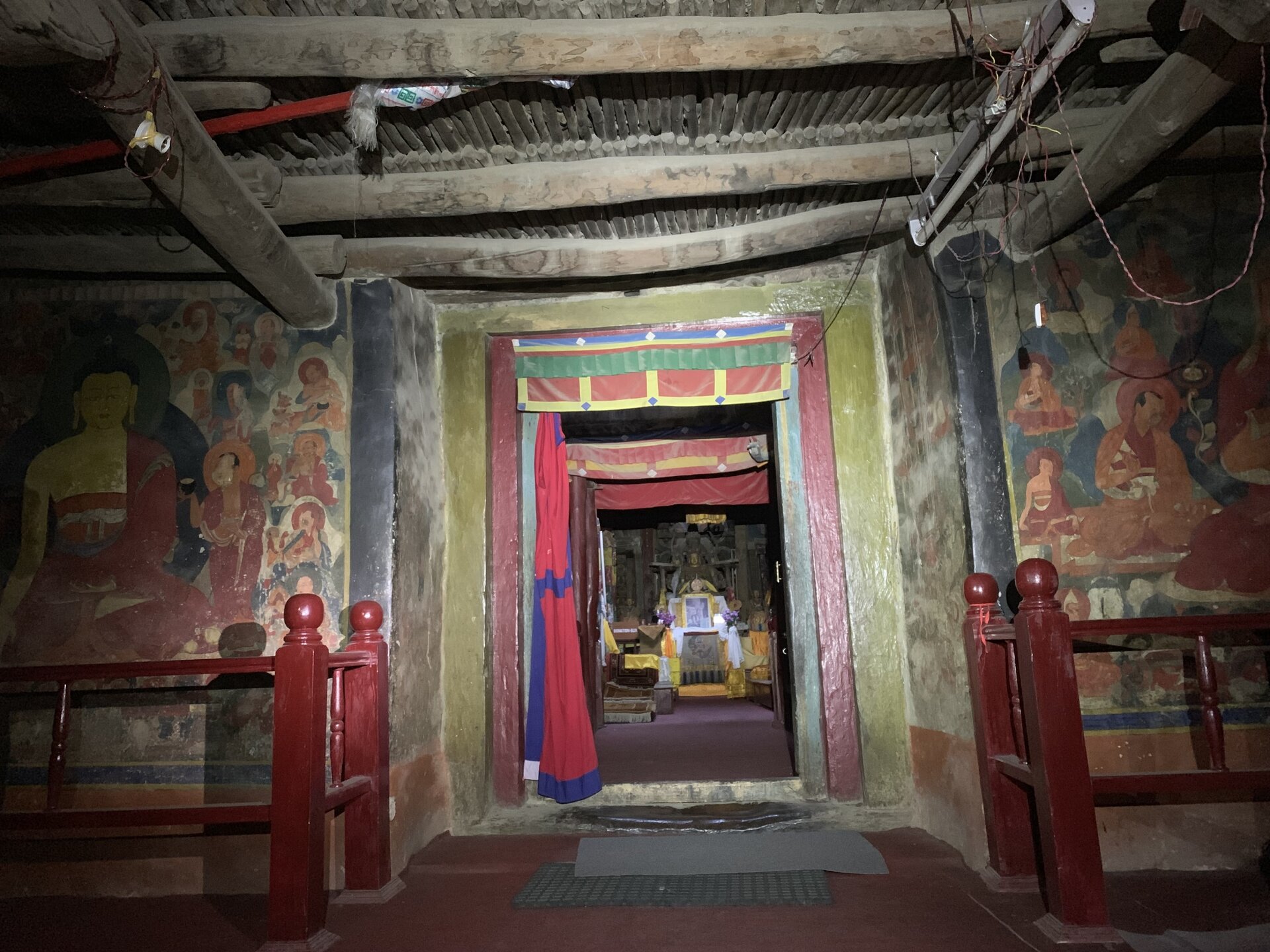 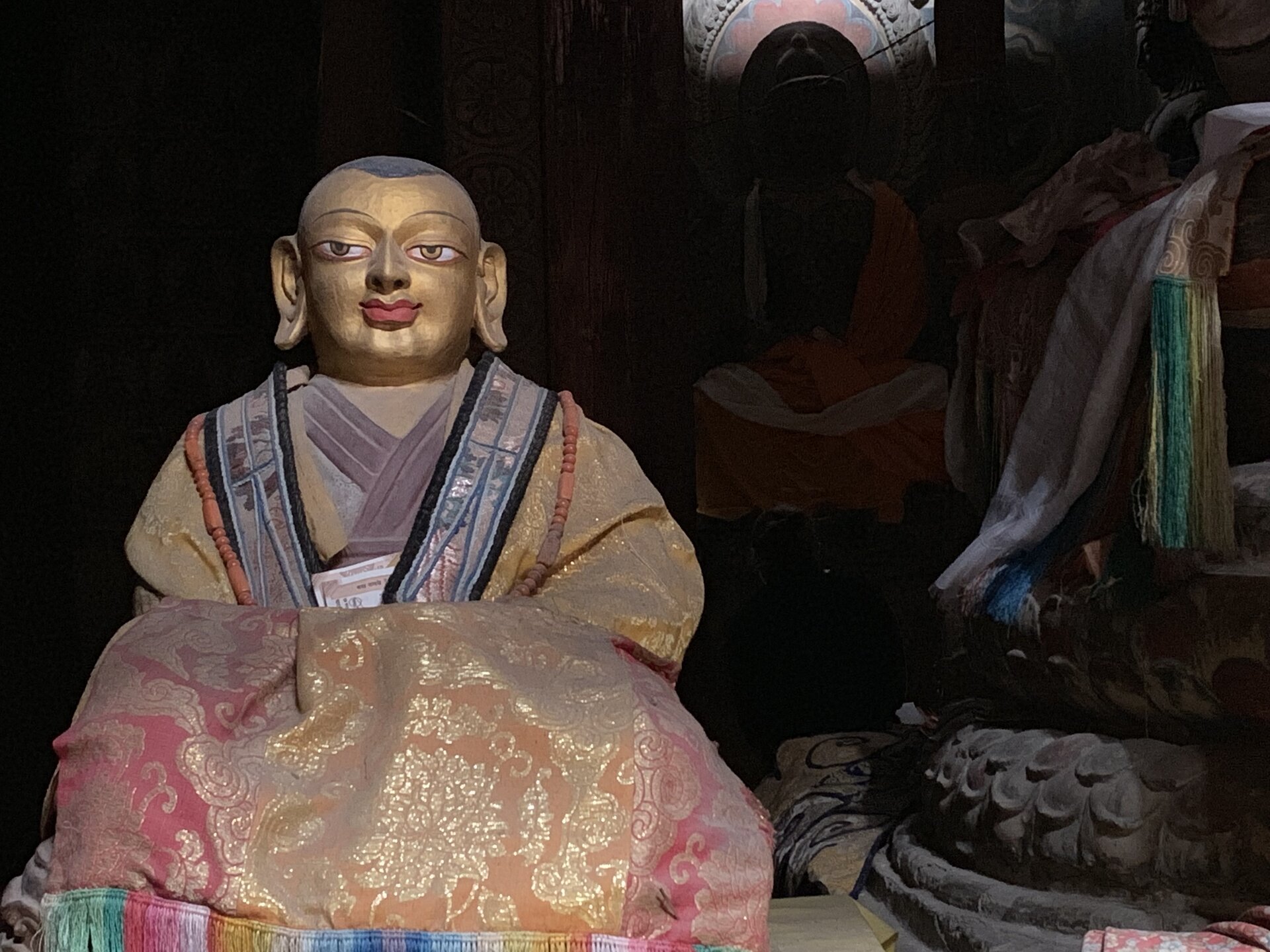 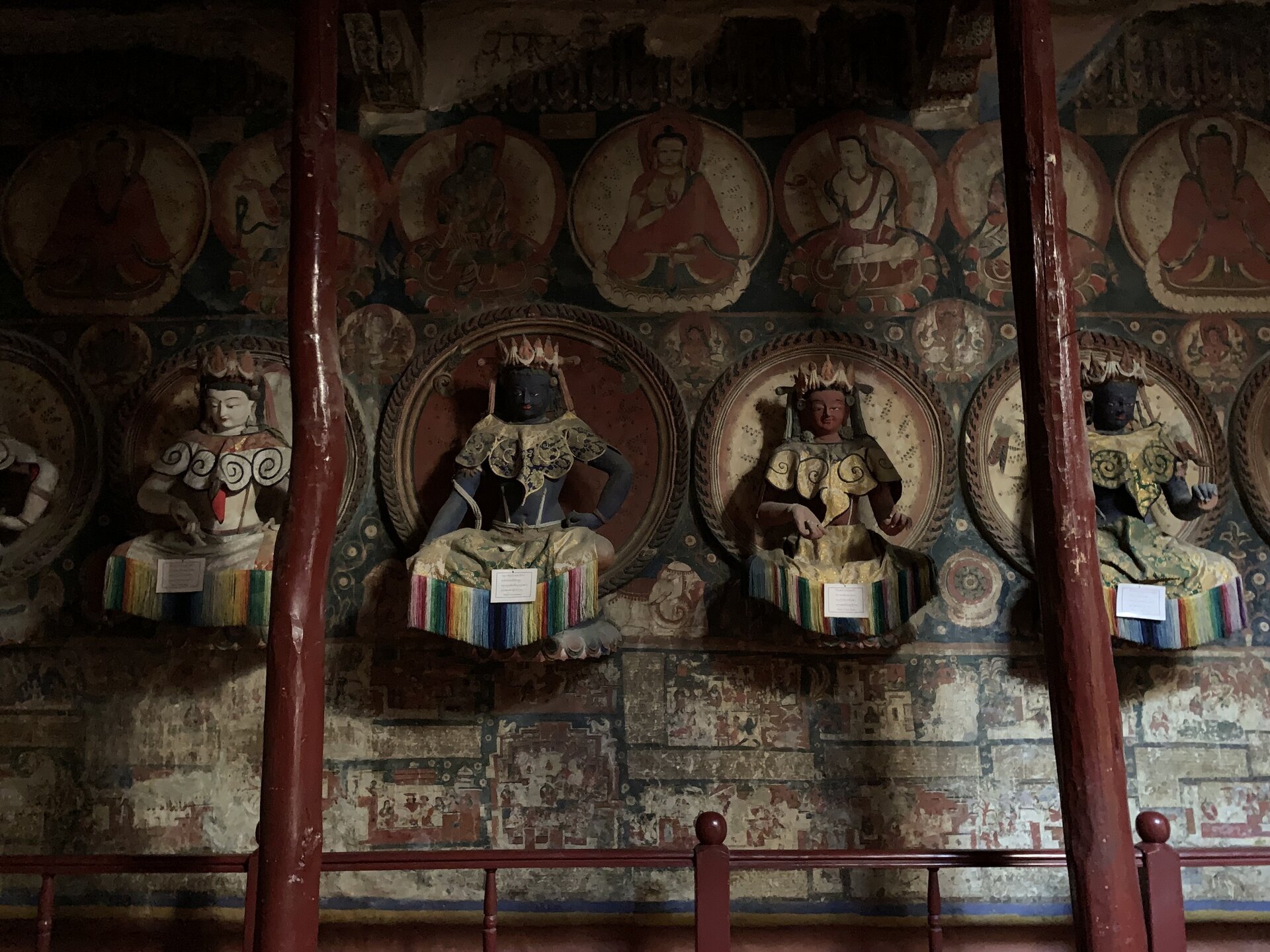