Serkong School aims to support the younger generation in Spiti Valley to learn the skills they will need to build their future, with an emphasis on their Tibetan culture. Many people are kindly helping us to achieve this aim, and Master Tailor Phuntsok Tsering is one of them. Over the last few months, he has been leading the work to produce 15 new traditional dance costumes, of the kind that are traditionally used in the Spiti region.

Phuntsok Tsering was born in Lhasa in 1938. At the age of eight he began to learn the art of tailoring traditional Tibetan costumes and Thangkas, and this has been his life’s work from then onwards. When he was 15, he was appointed the official tailor for the government in 1953. Then, in 1959, after he came to India, he was appointed as the official master tailor of His Holiness the 14th Dalai Lama in India. He is now 83 – and is still active and working, at the Tibetan Tailoring Training Centre in McLeod Ganj, Dharamshala, in India.

In 1981 Phuntsok Tsering founded the Tibetan Tailoring Training Centre, which currently has 15 members working and learning under his guidance. Since the centre was first established he has trained about 300 tailors. To become a Tibetan master tailor, one has to undergo detailed training: it is a requirement to know how to sew each and every item a monk or a lay person might need, from hats to boots.

This job provides me with a good opportunity to offer my services to His Holiness the 14th Dalai Lama, and to preserve our vibrant Tibetan culture.

Phuntsok Tsering is the official tailor of His Holiness the 14th Dalia Lama. He works on producing all of the clothing needed by His Holiness. He also supports the Office of His Holiness with other tasks: for instance, sewing and repairing Thangkas. Most of his other clients are from Buddhist monasteries and performing arts institutes, and he also provides Tibetan attire for lay people, as well as appliquéd Thangkas.

Phuntsok Tsering has made one very important change in his professional activities as a tailor: while traditional clothing includes animal fur, he stopped using animal fur when His Holiness the 14th Dalai Lama discouraged its use in 2006 at the Kalachakra initiation in Amarvati, India. Since then, he has used artificial fur in the clothing he makes.

For Serkong School, it is a very special treat that Phuntsok Tsering was available to produce the 15 dance costumes, because he tailored everything needed for the two Kalachakra initiations held by His Holiness in Tabo in 1983 and 1996 – for example, throne cloths for His Holiness, monastery pillar covers, curtains, special robes for monks for the Kalachakra initiations, ritual dance costumes, etc.

The costumes of Spiti Valley are very similar to western Tibetan garments. In today’s world, which I consider to be rather materialistic, many traditions and cultures are disappearing fast: traditional costumes are one of them. We Tibetans have a special responsibility to preserve our culture. These costumes are our identity: they show that Tibet has its own rich culture and tradition.

Serkong School was able to order these 15 traditional dance costumes thanks to a grant provided by the German Embassy in Delhi in 2020. When the school reopens after the winter break, we can start to use these costumes in the school. 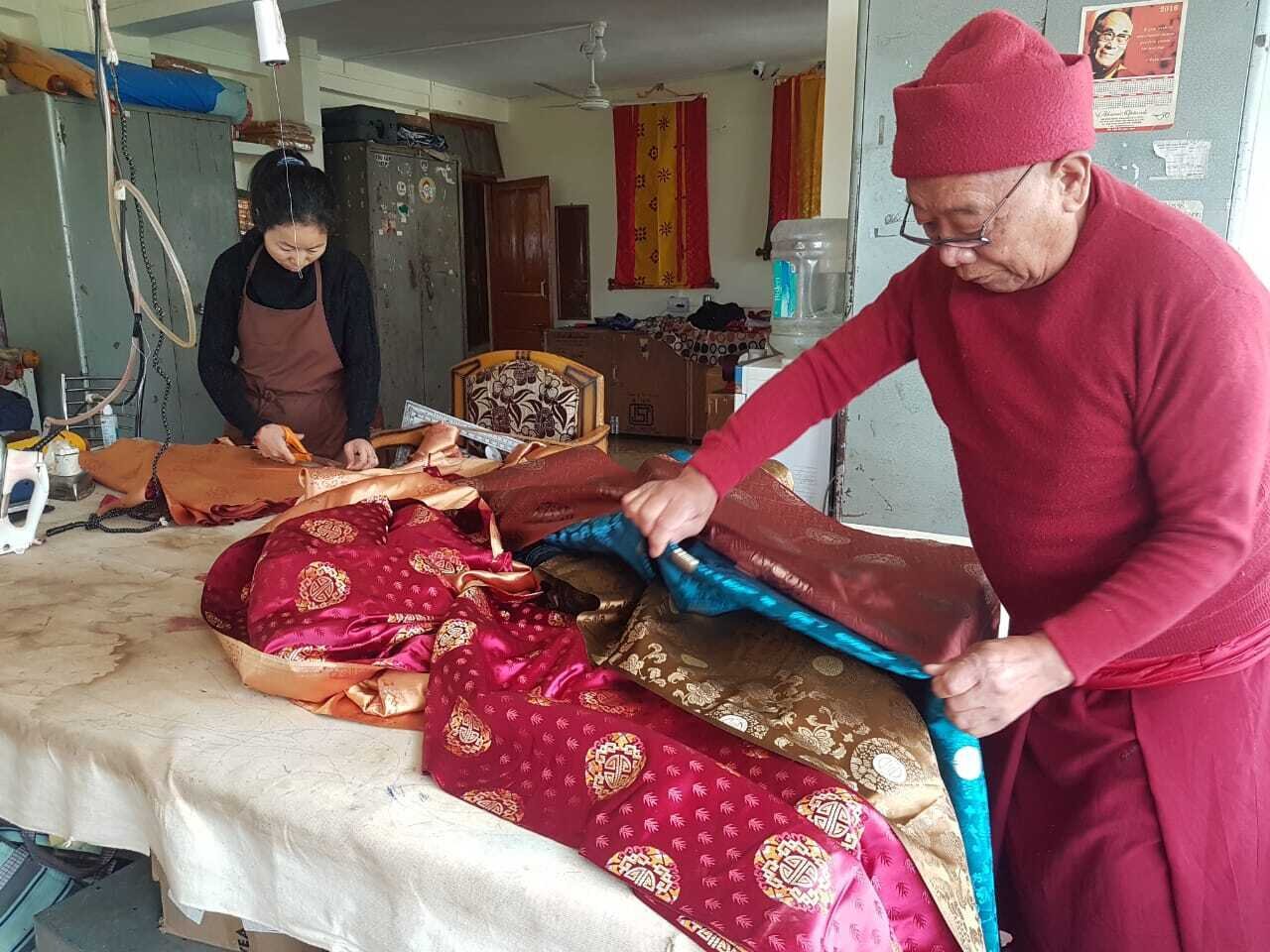 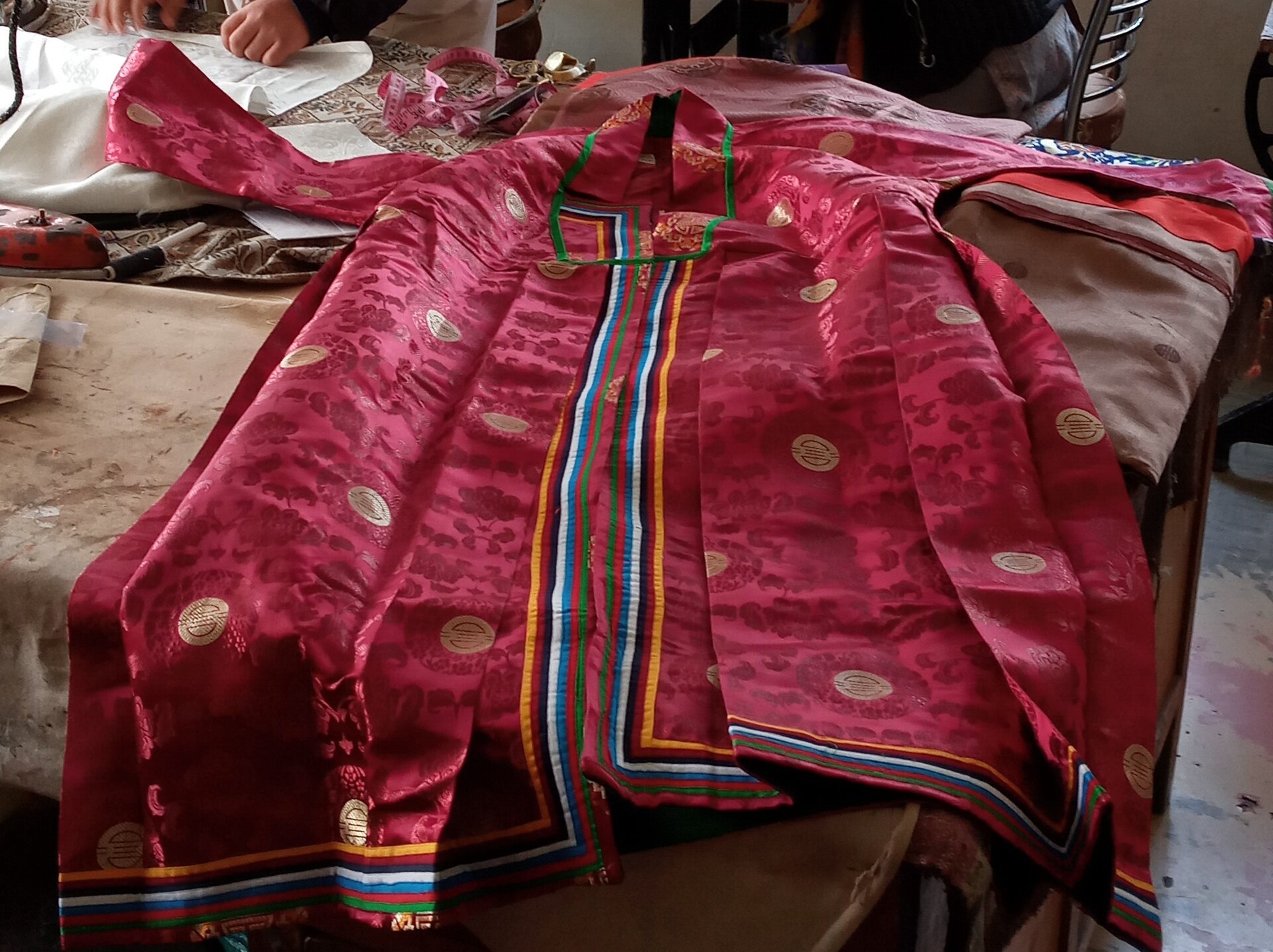 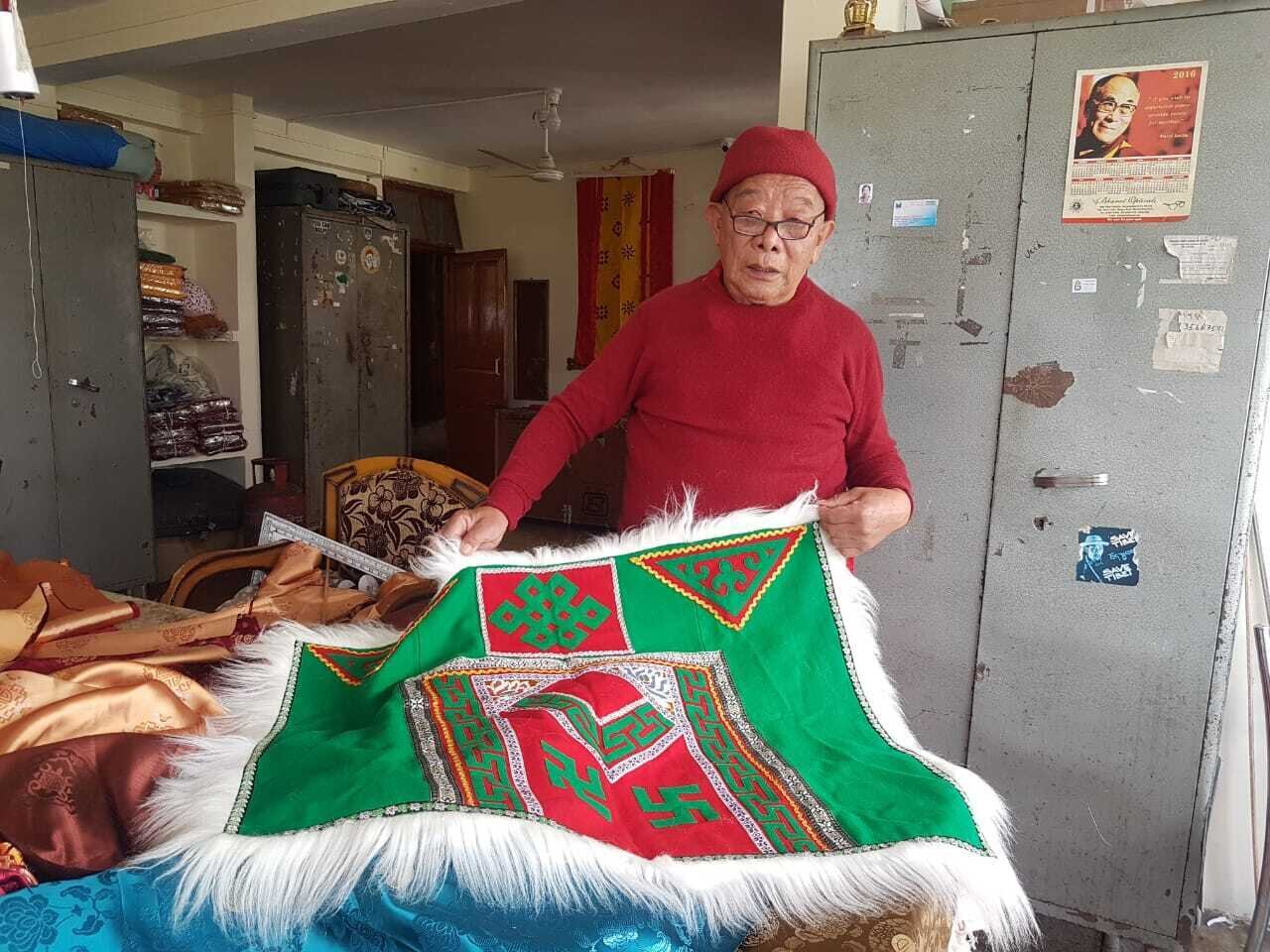